The pool area becomes the social center for water loving families during the summer. The pool can also provide a quick dip for an overheated tennis player. Swimming at the club can be as casual or as competitive as you like while safety is ensured by the ample staff or Red Cross and WSI-certified lifeguards. The 25-meter pool with a diving well and the popular smaller baby pool are surrounded by grassy lawns, flowers, comfortable lounges and chairs, and shady umbrellas. Summer holidays are a celebrated family style with parties around the pool.

*** Please note that the pool will close at 4 pm when there is a home swim meet.

Dan began coaching with the Woodland Hills Aquatic Team in 1990 as an assistant coach and held this position for 5 seasons before becoming the Head Coach of the Franklin Area Swim Team in Murrysville. In the three years as Head Coach of FAST, the team grew to over 180 swimmers. In 1998, Dan founded the Greater Pittsburgh Aquatic Club. During his 8 years at GPAC, Dan coached swimmers to over 40 Top 16 reportable times and had 20 swimmers ranked in the Top 16 in the nation, including two #1 rankings. Dan has coached numerous swimmers to Sectional, Junior National, Senior National, and Olympic Trial qualifying times. Dan has been the Head Coach for the Allegheny Mountain Eastern Zone Team three times. In 1998, Dan was awarded the Allegheny Mountain Swimming Age Group Coach of the Year. In 2007 Dan became the lead age group coach with the Killer Whales and helped the program emerge to one of the top age group swimming programs in the Pittsburgh area. In 2014 Dan was named Head Coach of the Fox Chapel Killer Whales. Along with running the Killer Whales, Dan is the Head Coach for the Fox Chapel High School Swim and Dive team, a position he has also held since 2014.  Over the last seven seasons,  the girls and boys have a combined record of 134-24-1 with 6 section titles and 3 runner-ups and 1 WPIAL runner-up.

In addition to coaching, Dan has extensive experience in pool management having spent 15 summers at Longue Vue Club directing the swim team and managing the day to day operations.  Dan has been a certified lifeguard since 1987.

Dan is a graduate of both the University of Pittsburgh and Gannon University. He has a B.A. in English Literature and a Master’s degree in Curriculum and Instruction. In addition to coaching, Dan is a Middle School Social Studies teacher in the Franklin Regional School District.  Dan resides in Plum Borough with his wife and two daughters.

Kimani is returning to the Racquet Club for his sixth year, previously working as a lifeguard and assistant manager.  Kimani has been swimming competitively for 17 years and is a WPIAL champion, two time conference champion, NCAA relay champion, NCAA ALL-American and current member of the Queens University NCAA champion swim team.

Kimani is a graduate of Penn Hills high school and will be a senior at Queens University.

Lindsay is the head coach of the Flying Fish Heads and an assistant coach for the Killer Whales swim teams. She is also a swimmer and a nationally (USMS) and internationally (FINA) top-ranked backstroker. When she’s not on deck or in the water, Lindsay can be found writing, practicing meditation, or dancing in the kitchen. Coach Lindsay loves helping swimmers of all ages, backgrounds, and skill levels and is thrilled to be leading the FCRC Piranhas this summer!

We invite all swimmers, beginners to age 17, and their families, to join the fun of competitive swimming.  If your swimmer can “swim” a length of the pool and wants to swim fast and be part of the team, we encourage him or her to join.  It is a great way to strengthen skills and become a better swimmer.  For parents, it is a great way to meet some of the nicest families in the Club while cheering for our young athletes.

Register your swimmer online at foxchapelracquetclub.com!

Practice begins June 6th at 10 am.

We have swim lessons for toddlers to 7 years of age. There are also diving clinics to learn proper technique to approaches, hurdles and diving. >>more 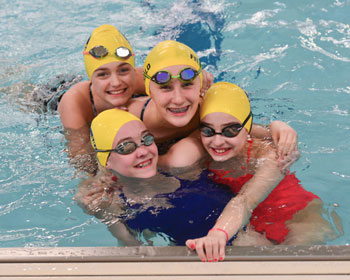 Use of the pool is permitted only when a lifeguard is on duty. Weather permitting, Regular pool hours are Monday through Sunday, 11:00am until 8:00pm.  Friday it is open 11:00 am until 9:00 pm  >>more 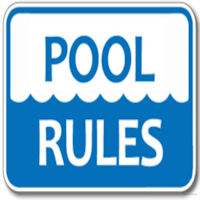